October is the Month of Magic 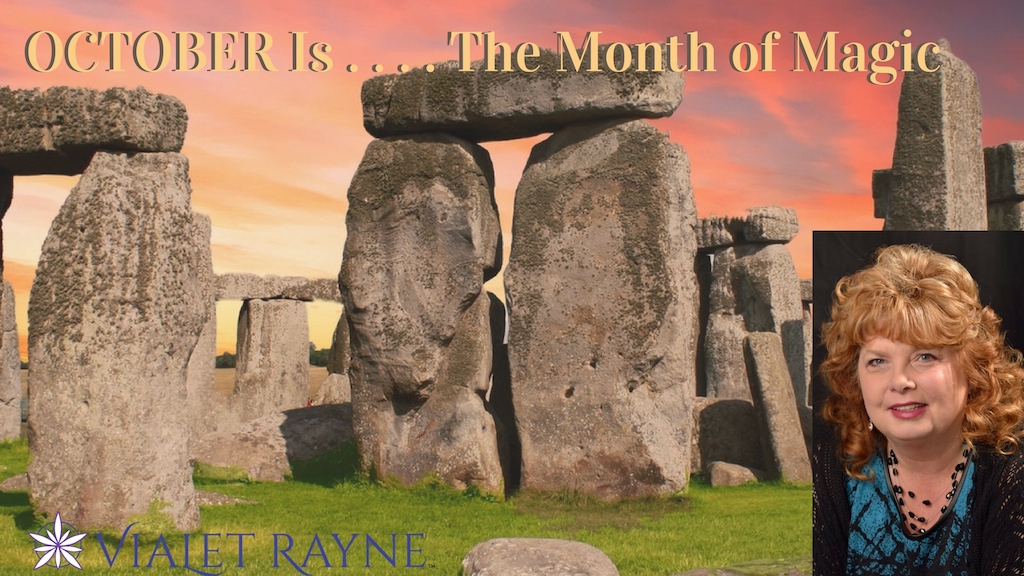 The month of October is about MAGIC. As a child, my first introduction to magic was the Sunday night movies with Walt Disney. Walt Disney provided me a magical introduction to Cinderella, Snow White and Peter Pan, just to name a few. The fairy dust, glitter and sparkles of the magical atmosphere of Disney and our ability to believe in magic. “I do believe in fairies!” is still one of my favorite movie quotes. Think about it for a moment. It is about our ability to believe in magic for it to be true.

My family did not have a strong faith or a connection with any organized religion. They would attend the church service on Easter Sunday morning and occasional Christmas program. My mother encouraged me to seek out my own beliefs and to find my own way. The journey of seeking divine truth eventually led me to Southern Baptist doctrine. The church frowned on many things including horoscopes, tarot, and simple things like dancing. As a young mother, I had forbidden my children from reading their horoscopes, playing with the Magic 8 ball and many other things that were not allowed. Magic was considered part of the darkness or evil.

In 2005, I experienced a major shift in consciousness and I began my spiritual journey into the unknown. I allowed the universal energies to guide me on this trail of unending flow of information. Each answer only brought me more questions and additional pieces to the puzzle. I was like a sponge and I wanted to take it all in at once. I could not read enough books or take enough classes. I wanted more and more information. My world was changing and I was seeing things from a new perspective. The universe could not remove all the blinders at once, it had to peel back each layer, one layer at a time. It was a process for growth and expansion. I needed to have the time to really absorb all of the information that I was receiving. I need to adjust my life.

As my life shifted, the relationships in my life also shifted. I began to seek individuals that were like-minded and similar to me. I started to ponder this word, “Magic.” Magic began to shift for me too. It was about my internal navigation system, the act of miracles, my deep knowing or remembering, and about how I saw the world differently. The magic of life expanded into so much more than the magical spells of the Disney movies. It was more about our own magical abilities to create, manifest and heal our own bodies and life.

OCTOBER IS THE MONTH OF MAGIC

I would like to challenge you to think about what “Magic” means to you? The month of October brings in the magic of the year. What would you like to magically shift in your life?

Bring in the ceremony of magic in creating and manifesting new things into your life. A ceremony can be creating a:

Find your way with ceremony creation! Use your imagination and creativity to bring the energy for what you would like to attract in your life this year, using the magical energy of October.

Check out Our FREE Movie Night! We will be watching Practical Magic on Friday, October 13 at 7 pm. This is one of Vialet’s favorite movies and we would love to have you join us.